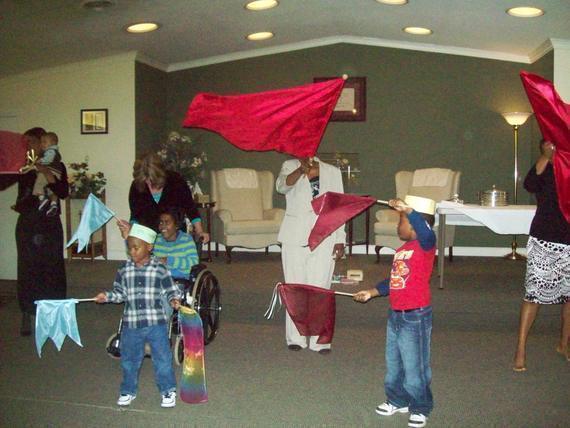 In 1987, God miraculously healed her of an incurable disease. In 1988, Pastor Grimsley acknowledged her call into the ministry. God began to groom, guide, and direct her footsteps toward her destiny as a pastor and teacher. In 1995, she was appointed Associated Pastor of Pentecostal Tabernacle Church in Nashville, TN. Knowing that God was not through with her yet, she could still see her childhood vision and hear the beckoning call

In April of 1997, Word of Life Ministries of Dickson was established. What began as a weekly Bible Study has now flourished into a spirit-filled, word-based church that is making a significant impact in Dickson and surrounding counties. Word of Life Tabernacle Church in Dickson, TN, was birthed in January of 2001 and Pastor Grimsley has been serving as pastor since then.

In addition to being the Pastor of Word of Life Tabernacle Church, she was a full-time Business teacher at Dickson County High School. She taught in the public schools system for more than thirty years. Pastor Grimsley retired from teaching in May 2014 to pursue ministry full time.

Pastor Grimsley is the author of " I Still Believe in Miracles". an autobiography of her miraculous healing was published in 2014. She has just recently released her second book, "Just Believe" in January 2019. It will carry you on a personal journey to increase your faith through the Word of God. In addition to being an author, she is also an entrepreneur launching an on-line t-shirt business called Rhema Tees in April of 2017.

She is a proud mother of two children, daughter Tiffany (Cortez) and son, Michael (Shontel). She is also a grandmother of five, Giovanni, Xavier, Jo'el, Jada and Mikayla.

Pastor Grimsley walks under a prophetic mantle of healing and deliverance and faith. This powerful, gifted, and anointed woman of God has a compassionate heart of love for the Word of God and the people of God. She relies on this unselfish love to keep her energized to fulfill the call on her life. Pastor Cecilia Grimsley lives a life of favor, love, and holiness. You shall know her and see God working through her by the fruit she bears.

IT’S ALL ABOUT HIM!